For science this term we’re learning about outer space, so a few days ago the kids and I made this fun star constellation memory set.

You can see more of our outer space projects HERE. 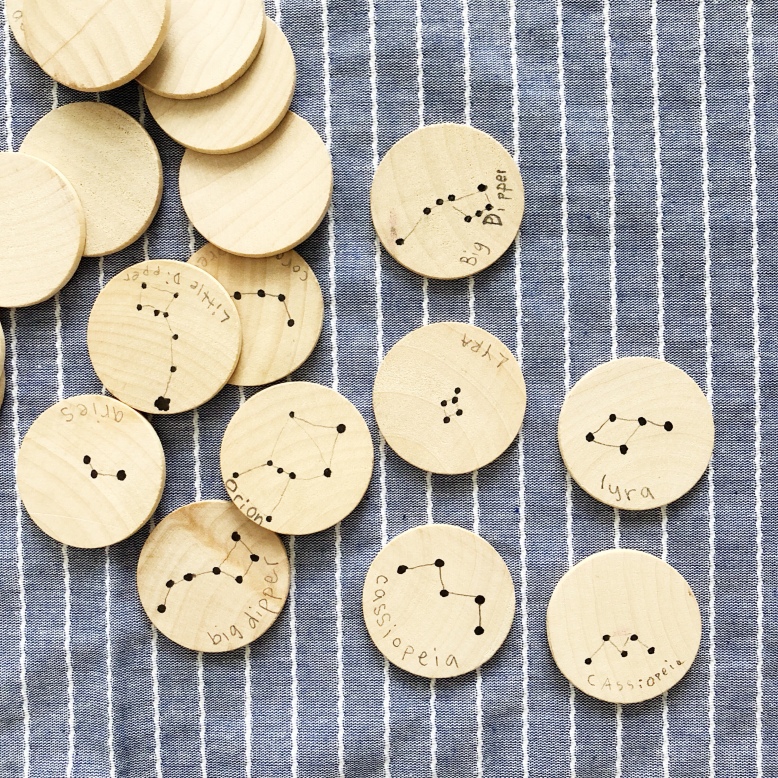 *We bought ours at a local hobby store, but these ones from Amazon look similar and are a better deal. We’ve made memory games and other things from these wooden nickels several times before, so it’d be fun to have a big bag full! 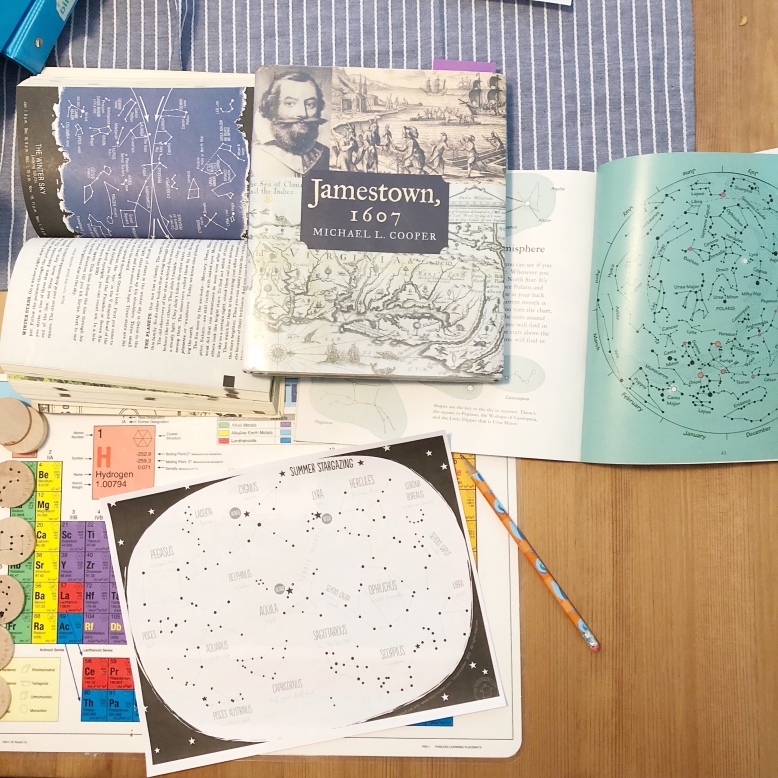 In the photo above, the smaller book with a dark blue sky and constellations is our vintage copy of the Boy Scout Handbook, the book to the right with the teal sky is One Small Square: The Night Sky, and the printed black and white map at the bottom is the Summer Constellation Map from Mr. Printables. (The Jamestown book is also good, but only ended up in this picture because it was holding the other books open.) 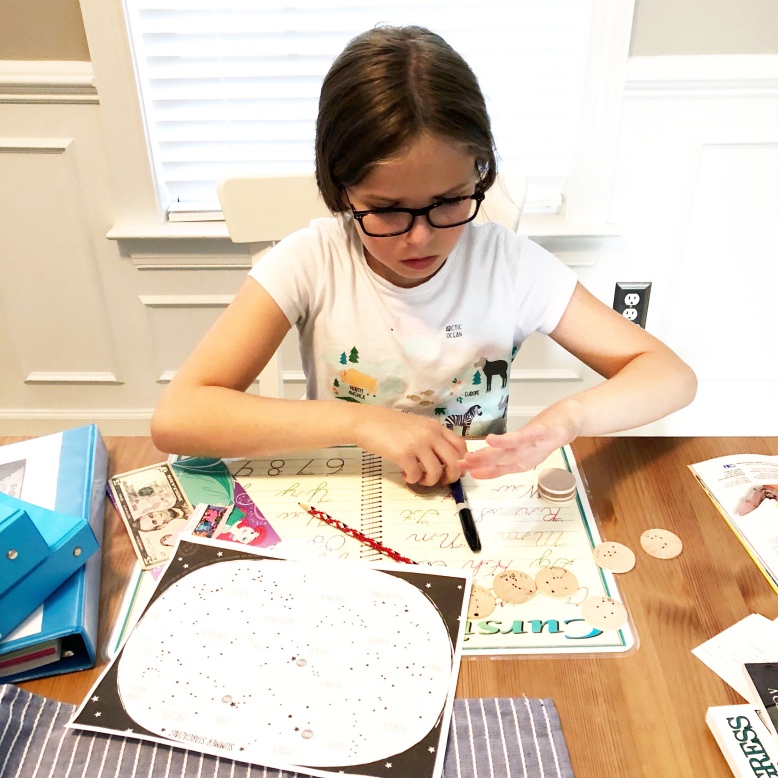 Since I had two kids working on this project and we had a total of 22 wooden nickels, I just gave each kid 11 nickels and they each drew the same 11 constellations. The kids took turns choosing a constellation and then they’d both draw that same constellation and write the name of that constellation so that, in the end, we’d have two of each for a memory set.

There wasn’t much of a rhyme or reason to the ones we chose; we just went with the ones that were easiest to draw. My 9 year old daughter drew all of hers on her own and I helped my 4 year old son draw all of his.

First we drew each constellation and wrote the name in pencil. Then we went back over the dots for the stars with a regular Sharpie marker so they’d stand out a little better. 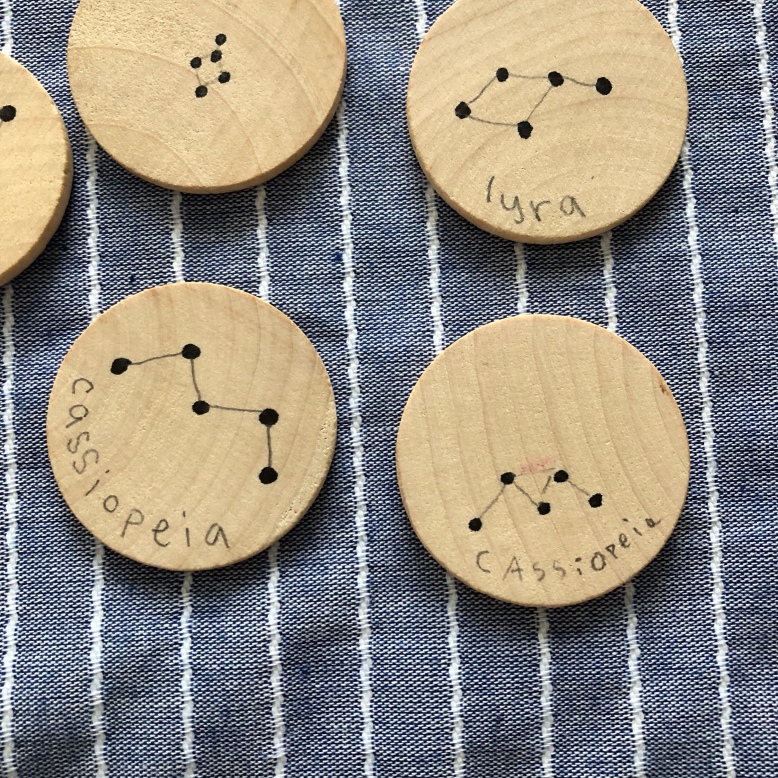 This was a fun and easy project and it turned out great!